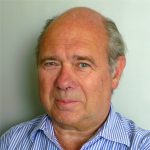 Jos Devlies is a Medical Doctor by training, specialised in Family Medicine at the Catholic University of Leuven (1969) and in Occupational Healthcare at the University of Ghent (1972). He has also a degree in the Management of Healthcare Data (2003).

Practising General Practitioner, full time for over 30 years, and working for several years part-time in Occupational Healthcare, especially in the public sector, he started to be an entrepreneur. He has founded and chaired several companies, among which:

• Medizorg C.V. , a co-operative medical society founded in 1980, with now 62 members and an annual turnover of over 15 million €

• Datasoft Management N.V., founded in 1987, merged in 2002 into OmegaSoft, the largest provider of health information systems in Belgium, where he was responsible for business development, medical research and medical quality management.

He was also co-founder and Member of the Board of MediBRIDGE N.V.

He joined the team of Professor Georges De Moor (University of Ghent) in 2006 to be the medical director, addressing more specifically clinical aspects in eHealth research and development.

Jos Devlies is Member of the Board of the Belgian Scientific Society for Medical Informatics (M.I.M.), a member of Prorec Belgium vzw and an early member of EuroRec, co-organising the first EuroRec Annual Meeting in Paris in 1997. He is co-author of the Belgian certification criteria for GP EHR systems. He has always been very active in the context of the Health Telematics European Programmes and has been a member of the EU 5th Framework Healthcare Telematics Requirements Board (DGXIII). He has also participated in several National and EU co-funded projects. Just some of them: Euclides, Patiënt en Dossier, Intranet Health Clinic, PharmDIS, eMed, C-Care, Share, eProLearn, PharmDIS-e+ and C³, coordinating some of them. He is actually actively involved in ePrescript and LiverDoc as well as in RIDE and Q-REC. He was generally involved in the product specification, product design, validation and business development with a special interest for the clinical aspects of those projects.

He was a member of CEN/TC251 Working Group 1 and 2, participated in several standardisation projects e.g. on “Continuity of Care” and chaired the project team on the identification of medicinal products