Exploring the links between Hodgkin Lymphoma and breast cancer

Are there other factors to consider when examining the link between early treatment of Hodgkin Lymphoma and breast cancer? 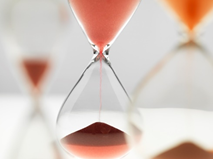 Overview of all data reuse cases

Women treated with supradiaphragmatic radiotherapy (SRT) for Hodgkin Lymphoma (HL) at an early age have an increased risk of developing breast cancer.

5002 women were questioned who had HL treatment between 1956 2003 as part of a recall to offer counselling to women about breast cancer risks. Follow up continued until 2012.

The data analysis showed that women given sRT for HL close to when they had their first period had a significant risk of developing breast cancer. Greater surveillance was offered to this group to screen for early breast cancer. The administration of medication that delayed puberty was also considered.

This work uses data provided by patients and collected by the health professionals as part of the care and support provided.