Can the analysis of health data demonstrate which blood pressure treatments are most effective at preventing heart attack and stroke? 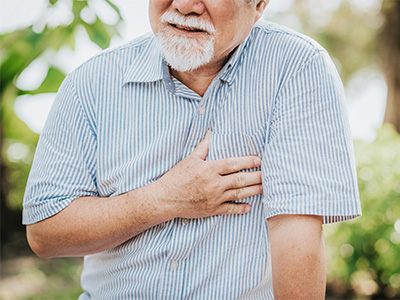 Overview of all data reuse cases

There are many different categories of drug that can be used to lower high blood pressure.

A study revealed that one type of drug is slightly better than other commonly used types of drugs at reducing the risk of heart attack or stroke as a complication of high blood pressure.

The records of nearly 5 million patients were analysed to investigate this question.

Read on to learn how sharing health data can save lives

Why was this work needed?

There are many different categories of drug that can be used to lower high blood pressure. Research has in the past demonstrated how many of these can make a positive difference to the chances of a patient subsequently getting a heart attack (myocardial infarction) or a stroke, which is why high blood pressure is treated. However, it has been difficult up to now, to determine which of these classes of drug has the best impact on preventing these complications.

What did research find?

The comparison of the long-term effectiveness of taking different blood pressure treatments in reducing the risk of patients having a myocardial infarction or stroke is complicated. Patients may have other illnesses and be on other treatments as well, all of which need to be taken into account when measuring what impact the blood pressure treatment itself has had on preventing these diseases. A very large number of patient records need to be examined in order to distinguish the influence that the treatment for blood pressure has, separately from all of these other influences.

Researchers were able to analyse the data on 4.9 million patients in order to provide this important new evidence.

What was the impact on patients?

This study has been published in one of the most widely read international medical journals, the Lancet, and is therefore accessible to all.

This research could not have accessed or analysed the paper records of 4.9 million patients without years of work, so this is another benefit of sharing data and saving lives.

What data was used?

Large volumes of electronic health records in the United States, Japan, South Korea and Germany were analysed. Patients were included in the study if they had a diagnosis of high blood pressure and if they had no record of previous blood pressure treatment.

The information included in the research was the age group, gender, the medical conditions of each patient, their blood pressure treatment and other treatments they were prescribed, and medical events such as a hospital admission for a myocardial infarction, stroke or heart failure.

The data was already held within each of the electronic health records included in the study, so no new data had to be collected. An anonymous extract of the relevant patient records was created at each location. By converting each record into a common format, the same analysis could be undertaken in each country and only the analysis results were combined to give the overall totals.

A formal legal basis, in accordance with the European General Data Protection Regulation, was not required because the data was made anonymous. However, the researchers did obtain approval for the research from the relevant research ethics committees.

We did not execute our study to prove one particular drug class was most effective, instead, we used the high-level analytics and best practices developed … to study all of these drug classes against each other and openly report on all possible comparisons.

Who funded and collaborated on this work?

This work uses data provided by patients and collected by the health professionals as part of the care and support provided.